Cultural Misinformation and Its Impact on Bellydance

I am telling you guys, the blog post topics from that one question I posted to social media, keep coming! This week’s post is about all of the cultural misinformation that has been passed along from dancer to dancer in the bellydance world. I am not just referring to bellydance but also to folkloric dance. Especially since I have a story of my own to share that relates to that particular area.

Being Greek I have a special sensitivity to when a piece is performed that is a folkloric line dance and has nothing to do with bellydance or when someone performs to the Greek national anthem (yes, I’m not joking) so I try my best not to impart those mistakes on other cultures. I myself have been the victim of misinformation when my folkloric teacher of many years told us that a specific line dance was performed to a certain song. This was not at all true. I had not only gotten it from her but from other instructors across the united states. It never once entered my mind to question it.

A discussion that occurred on Facebook happened to lead to that and it was found that someone had come to the US and imparted this and it was totally untrue. And that untruth was perpetuated. Now you might say with the advent of the internet, why didn’t I just look it up? And while I have researched other forms of dance, I never happened up on this info. As I said, there was a trust that I had. I am glad that this came to light and I have been corrected. I do not take offence to being corrected in that format by someone who knows more than I do. We can not know everything about all things. Our brains can only hold so much!

This instance got me thinking, what else might I not have been told? Or not been told correctly? I remembered being told not to dance to Om Kalthoum when I first started out. Now this may have been because a beginner dancer you might not be able to capture the musicality needed to perform such a pieces. But it was not presented in that light. or to not perform to anything with lyrics. Now being of Greek descent and seeing what i have seen, I always check out the lyrics of a song. Many a Greek song can be deceiving and have a sick beat and can actually be talking about doing it doggy style LOL. 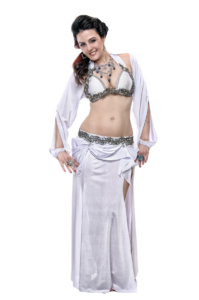 I posed the question to my bellydance sisters and got a lot of the same. Some were told not to dance to any music with lyrics and that it was unprofessional to do so. Then the comment was also made that that doesn’t work either. There are a lot of songs that have an instrumental only version and still people know all the lyrics and sing along.
Another dancer shared the following story with me: “I once had an american guy stop a hookah lounge filled with people from tipping me because he thought my culture (whatever he thought that was) found it disrespectful. He actually jumped up and yelled over the music waving at people to put their money away.” In this case I can see how jarring that would be not only for the dancer but for the customers as well. I at least give the patron kudos for trying. For thinking about her supposed culture and trying to be respectful of it.

So reader, what cultural misinformation has been imparted to you? Please share in the comments below. I believe that the more information we can put out there and correct the better for everyone. Please teach me, I am ready to learn!