How To Handle A Sticky Dance Situation- Situation 3

This post is Situation 3 of my series on helping dancer deal with those sticky dance situations that we’ve all faced at one time or another in our dance careers. For 1 and 2, click here and  here.


Situation 3:  After having dancing for a few months, an owner decides that he wants to change the number of sets at the venue. He wants 2, ten minute sets instead of 1,  twnty minute sets. You think that’s great until he says that he doesn’t want to pay more for them. He wants to pay the same amount for two that he does for one. In his mind, it’s the same amount of time. And he assures you that you will not sit around for a long time in between sets. You will still finish around 830 after starting at 8pm.


Here are 5 things to help:


1. What do YOU want to do? If you are the only dancer on the schedule and you are ok with this change, then go for it. I know that as a community we have decided that two sets are worth more than one but perhaps you have negotiated a rate for the one set that is worth two (since two sets usually gets a discounted rate). I can’t say that if you go for it and you are making less per set than usually afforded to dancers that your community won’t be upset. But it is up to you to make your own decisions.


2. Contracts. Contracts. Contracts. Hindsight is 20/20. Now you are of course wishing that you had had this figured out in a contract in advance. Contracts are a good idea. It protects you and the owner. Plus it’s all worked out in advance- things like adding sets and rate for private parties. All you can do now is learn from this and make sure it’s in writing in the future. If you can come to an agreement, then get it in writing this time around.


3. Everchanging. Does this owner tend to change his mind a lot?  Has he changed the date and time of dancing several times? If he does change his mind, then you can take it upon yourself to change it back to the original setup. Come up with a business centered reason as to why 2 shows won’t be as good as one.


4. Number 2+ negotiations.  If you want to go the extra step in your negotiations because you really like this gig, I would suggest digging a little deeper.  I would try to ascertain why the two sets are appealing. Perhaps suggest adding 2-5 min. to your current set or adjusting the start time. For instance, if he is  worried that he’s missing the 830 rush with your 20min set at 8, then make the suggestions stated previously (or whatever you are comfortable with the compensation given,if it’s nothing, then that’s fine too!) 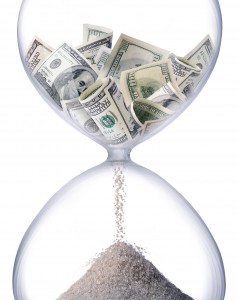 5. Do not defend yourself. I know that our fist instinct is to go into how much it costs to prepare for two shows and all these other types of things but that doesn’t mean much to the end consumer. What they are looking at is getting the most amount for their dollar. Also, in their minds, dividing the time means just that, time. They don’t and probably won’t even grasp that two sets takes more work etc.  All you do by listing things in that manner is give them points to argue with you about- wear a cheaper costume, I’ll give you music, etc.  Stand firm and be confident in whatever decision you make.


I hope that eveyrone is enjoying this series. Please feel free to comment with your epxerineces and advice. The goal is to help fellow dancers!