Lesvos. What’s in a name?

I am a Lesbian. That statement may elicit giggles and shock from some, but I am. My family is from the island of Lesvos in Greece and by that, I am a lesbian. Now a big question that goes along with that, is how did Lesvos get it’s name? Is it really an island of Lesbians (in the modern sense of the word). I have endeavored to find a true answer to that question and have come up with the following.

The story as I have heard it:
Sappho was a Greek poet and she did write beautiful poems about the female form. Did that make her a lesbian in the modern sense of the word? Who knows? Was it even taboo? Or thought of as different? In terms of society at that time or was it simply an artist appreciating the female form. Does it matter that she was female? 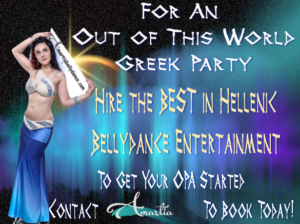 Sappho was a beautiful woman and a gifted poet who lived on the island. She was one of the most acclaimed women in ancient history. For some reason, it seems as though records of her have been deleted. It is odd that so little remains as acclaimed as she was- statues, etc.

It is quite clear that she loved women, in every way.  Her poetry frequently mentioned Aphrodite, the goddess of beauty and love, and includes appeals for her intercession in relationships with women. It is believed that this is the aspect of her poetry that would eventually land Sappho in trouble and subsequently remove her from history books.

Somewhere along the way, she fell out of favor. No one seems to know why but as early as 140AD she was branded a whore by the men of the Christian church. Her work was labeled as deviant specifically for it’s intimate love of women. They had her work destroyed.

All that remains of the 9 books of poetry that she wrote are fragments and only then because they are contained in the works of others who wrote of her and quoted her.  Not only was her work destroyed but there are those that have attempted to take it away from her. They have tried to claim that it was all written by a man. If so then her sexual orientation was not “off.”  Also that  that she swore off women and her death was caused by a broken heart. That she jumped off a cliff to her death after being spurned.

My mom has said that she always heard stories about Sappho and lesbianism but does not remember it being discussed in any books or in school. She alluded to the church’s involvement in that things like that were not discussed during her time. Things of a romantic nature were almost secret and if the story was true, she would not have been told.
Dating and things that were outside of wedlock were frowned upon by the church and again that ties in with some of the information that I have been able to garner online. I spoke with my relatives of a slightly younger generation and they said that yes, Sappho was a lesbian and the island was named Lesvos for her.

I do not know which story is true. I have yet to find anyone locally who can point me in the direction of a source. But I will keep chugging along and doing the research to find out what is!