This salon article  needs no introduction.


I thought long and hard about how to respond, should I respond, etc.  I didn’t want my post to be lumped in as part of the white bandwagon response, but as a Greek Dancer, I had to respond.


Like many of the other dancers who read the article, my first reaction was emotional.  My visceral response contained a lot of the following:


“When I get unfavorable looks at a restaurant is it because of my color? Is it because I am white and they think I shouldn’t be dancing? Do they have the knowledge base to “judge” me or are they simply looking at my skin. Is it considered “ok” because I have dark hair?”


“It doesn’t matter what my skin color is, what matters if I can dance well and if I am mis-appropriating the culture.”


However, once I sat down and really delved into myself, I found that last feeling left in Pandora’s Box: EMPATHY.  I, unlike others, understand what Randa was saying- even as a white dancer.  As a Greek woman, I understand.


I may not be an Arab woman living in the United States, but I am Greek-American.  You may say, “So what? Your culture is awesome. No one ever says anything bad about you.” You would be wrong.  The following has been said to me:


“Oh, you’re Greek? That means you must like is in the ass, you know, the Greeks invented that.”


“You’re from Lesbos? You must be a Lesbian. Isn’t that where all the Lesbians come from?”


“Oh, all Greeks smell like feta cheese and own restaurants. You must work in your parents’ restaurant.”


“GO GREEK! And I would look at myself and say, no thanks, I already am. Then have to explain that I didn’t mean a sorority. And that the letters that they were touting and screaming were in fact incorrect. To be slammed back with: their pronunciation was the ancient Greek way. Um, WHAT?”


On top of that, I work in a field in which I have to listen to the letters of the Greek alphabet being mispronounced every single day.  So, being Greek is not all dancing in the street, ouzo shots, and breaking plates.


According to the Webster dictionary, cultural misappropriation would be to wrongly take exclusive possession of a culture or make use of a culture without authority or right. In this I also understand what Randa was writing about.


How many times do you think the Greek culture has been appropriated? How many Greek goddess events have you seen? Or Diet ads, and the Yogurt!  Oh the hate mail Greeks could send! 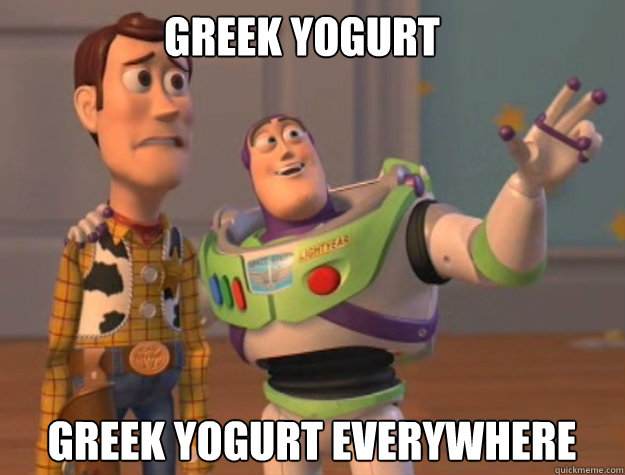 But we don’t. Yes, our feathers get ruffled. For me personally, I experience moments where I want to scream and shout “NO that’s wrong, please stop!” and my blood pressure rises to 200! I try not to let my emotions get the better of me and react in that way. Instead, I try to educate. It’s one of the reasons why I put it out there that I am Greek.  I have Greek workshops and use Greek music. I am trying to perpetuate it on my own. What gets me up in arms is when I am told something about my own culture that is incorrect and that was learned from someone who isn’t Greek and/or did not bother to delve far enough into the culture to truly understand it. It is extremely frustrating.


I’m sure that there are those who are saying, “Why aren’t you happy that Greeks are even being talked about, that your culture is in the news?”  My response, “Greeks don’t need help perpetuating being Greek. We do a really good job of it on our own.”  And please don’t do so under the guiles of “helping to get the word out,” and then not bother to take classes and read up on it. Learn from us what the culture is, what it entails, and what the nuances are.  Then and only then will articles like that one and this one not be necessary.