Another misconception that has been going around is that if you are a Christian woman, then you should not bellydance. Actually, it’s an ___Insert religious belief here___ and you shouldn’t bellydance. Some of my fellow dancers have heard things like “God didn’t want women to move that way” They have also been chastised for dancing or given looks when it is mentioned that they bellydance. That to show your mid-section at all is scandalous. This one always throws me. Have you never been to a beach? But I digress. 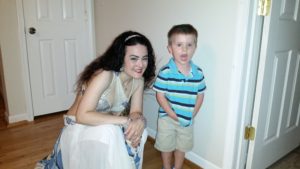 My experiences with my Greek mom are about the same but with a twist. I do not think it was for religious reasons per say, although the first time she said anything I was going to perform at a retirement party that was hosted in the church hall. She was more concerned with which Greek people were going to be there and that they would “see me.” I found out that my Godfather was going to be there and my mom insisted that I call and warn him. It was quite a funny conversation. It took me a bit to realize he thought I was Greek folk dancing and not bellydancing. His only concern was that I cover up as much as I could in my costume. It is the first (and last I believe) that I ever wore a choli top over my bra/belt set. The performance went off without a hitch and the audience was delighted!

There are also those faiths were dance is intimately tied to their religion and is an integral part in rituals. I have not heard of any interaction between these faiths and bellydance but I could be wrong. if anyone has any experience in this, please let me know and comment below!